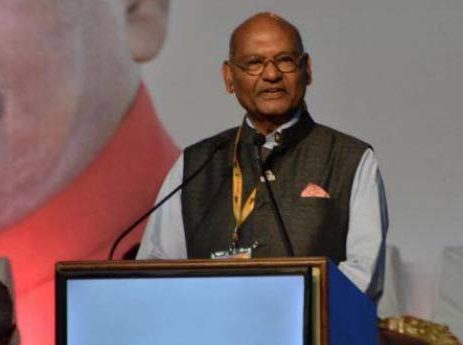 NEW DELHI: After his surprise $2.4 billion share purchase in miner Anglo American, Vedanta chairman Anil Agarwal is in talks to source technology from “good friend” De Beers for India just as he negotiates with Korean chaebol LG for a $10 billion chip manufacturing facility (fab) in Nagpur, initiatives that the Bihar-born businessman believes will help pare the country’s import bill.

“We have taken a 13% position in the company (Anglo American). They are very good friends. We want the technology that they have, which nobody has in the world. India has tremendous potential in diamond, gold, platinum, copper and iron ore and it is such a big market,” Agarwal told TOI on the sidelines of ET’s Global Business Summit. “We will save foreign exchange. So, that is the vision.We make friends with them here. So that is the plan.”

Agarwal had stunned the business world with his share purchase in Anglo American, one of the world’s top five miners and owner of the largest diamond producer De Beers. On plans to increase his stake further in the company, he said: “One thing at a time. We have taken this position and beyond that I will not say anything. I will not talk hypothetically.” He indicated that his group was not averse to taking charge of a diamond mine in Madhya Pradesh that was given up by Rio Tinto.

Agarwal is also moving quickly with his plans to set up the country’s first chip manufacturing facility — also known as fabrication or fab unit — that will manufacture integrated circuits, a key component of every mobile phone, computer and TV sets. “There is so much demand for televisions, phones, computers. The glass for all these is imported. We are looking at manufacturing these here.” Vedanta is in talks with LG for the fab unit. “Process is on and within three months we will announce how we are progressing.The investment will be ours.Others will also come in.”