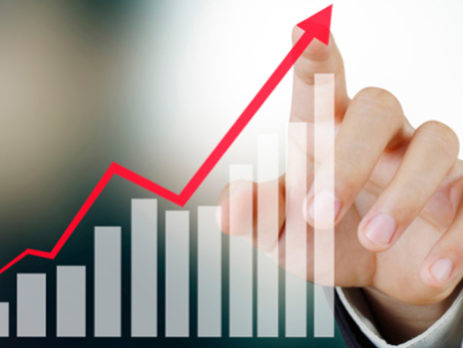 As China slows, India poised to take its place in growth race

NEW DELHI: The global economy presents a huge opportunity for India as rival China is losing its competitive edge, panelists at The Economic Times Global Business Summit said but experts were divided over whether India should move into the space Beijing is vacating, or leapfrog it.

“Wages are rising (in China), and there is talk that it is being non-competitive. What is the best alternative? India? India needs to improve supply chain activities, meaning importing components, machinery, etc. This is a great opportunity for India,” Martin Feldstein, George F Baker Professor of Economics, Harvard University, told a gathering of chief executives, promoters, bankers and officials.

Vedanta chairman Anil Agarwal was bullish about India and said the country can be transformed if India trusts its entrepreneurs because they have built world-class roads, airports and other facilities. He said issues like bad loans should not distort the picture because such problems were a part of development in any country.

“I am very positive about India. The kind of opportunity we have here in India, is nowhere else in the world,” Agarwal said. “You cannot hold a gun, you have to hold a machine gun. You cannot count bullets when you are building a nation,” he said during the panel discussion.

Kapoor said there was a pressing need to tackle the problem of credit in the country, which is full of “credit worriers” but now needed “credit warriors”.

Piramal also highlighted the issue of bad loans. “While government investment is going up, people with large projects have been bitten so badly that their confidence is shaken. That confidence has to be brought back.”

“The government is doing a lot as far as the bankruptcy code is concerned but that is not enough. Last nine months, nothing has happened. India needs to lay a little bit more attention on productive banking. It is not a question of putting more capital in banks. We have to solve NPAs in banks. If not, all capital will be washed away,” Piramal said.

Kapoor said that given that India is a service-based economy, there is opportunity for the country to build high-end jobs in creative industries. India must not take the place that China is vacating, he added.

Lesser said he was optimistic about India. He said the nature of globalisation was changing in a manner that companies were setting up production lines closer to their markets instead of shipping out consignments.

“With 1 billion consumers, there is tremendous opportunity in India,” he said, adding that BCG had increased its headcount in India to 1,000 from 100 in the past decade.

Cruickshank highlighted the benefits of globalisation. “Product and service innovation have been delivered at a lower cost as well as given us even great satisfaction,” he said. “We need to remind ourselves about the benefits free trade and globalisation have given us. Some people were left behind. They felt left behind because of technology.

But to remove technology is not an option, as we have seen with the Industrial Revolution.” Agarwal said India was in a beneficial position in natural resources.

He said the government had opened up many opportunities for the country but more steps were needed for India to fully realise its growth potential. “The goal to move from $2 trillion to a $20 trillion economy can only happen by opening up, through global partnership,” Agarwal said, adding that there is a lot of overseas investment interest in India.

“We must appreciate that from 2008 to next five years, we have put a lot of investment and turned on production, most of which has not even fructified. There are issues with banks. Unless we solve NPAs, we are in for a problem.” Piramal said.