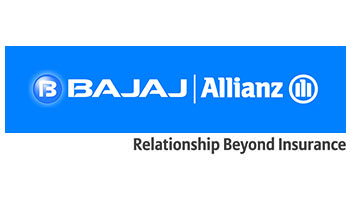 Bajaj Allianz General Insurance Company Limited is a joint venture between Allianz SE, world’s leading insurer and Bajaj Finserv Limited. The company began its operations in 2001 and today has a pan-India presence in over 800 towns and cities. The company has been constantly expanding its operations to reach out to its customers.

As one of the leading general insurer of India, Bajaj Allianz General Insurance caters to individuals across demographics of the country and the corporate sector with its wide range of products as well as services that go beyond insurance.The company is not only bringing insurance solutions to the customers’ doorstep but also improving insurance penetration, with its advanced digital and mobile applications. Known for its claim and customer service levels, Bajaj Allianz has received iAAA rating from ICRA for eleven consecutive years, which indicates the company’s highest claims paying ability and a fundamentally strong position. The company has a strong focus on customer centricity and aims at delivering superior value with an excellent and caring experience for the customer.

The company was recently awarded as the Technological Initiative Award for the first-ever Telematics based motor insurance service ‘DriveSmart’, and the Digital Insurer Award at the prestigious 21st Asia Insurance Industry Awards 2017. Bajaj Allianz GIC was also conferred with Private Sector General Insurance Company of the Year at Fintelekt Insurance Awards 2017 and is the only Asian Insurance company to be honored by prestigious Insurance Asia Awards 2016. The brand has been recognized as one of the most trusted general insurance brand in The Brand Trust Report India Study 2016 covering 20,000 brands across 16 cities and The Economic Times Best Brands.