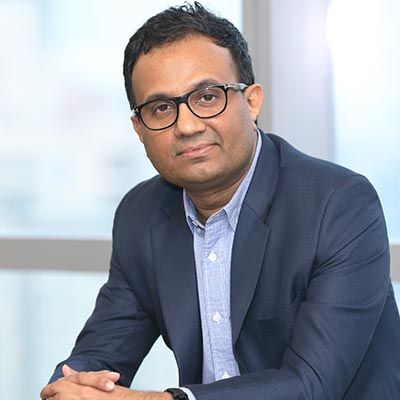 As the Vice President and Managing Director, India at Facebook, Ajit Mohan spearheads the company's India charter. Ajit and his leadership team are focused on the company's efforts to enable Indians to connect with people, communities, and the things they care the most about.

Prior to Facebook, Ajit was the Chief Executive Officer at Hotstar. He launched and built Hotstar into India's leading premium video streaming platform. Ajit spent five years at McKinsey & Company, first in New York in its media practice, where he worked with media companies in North America, Europe, and Latin America, and two years as a Fellow at the McKinsey Global Institute, where he co-authored India's Urban Awakening, a 2010 report that outlined a new policy approach to India's rapid urbanization.

Ajit has worked extensively in the social sector including initiatives in child nutrition in Bihar, anti-sex selection programs in New Delhi, public school reforms in Cincinnati in the United States, and in improving access to government welfare in New York for a program run by the Robin Hood Foundation.

He is a graduate of the School of Advanced International Studies (SAIS) at Johns Hopkins University and the Wharton School at the University of Pennsylvania. He holds a BASc in Computer Engineering from NTU in Singapore.