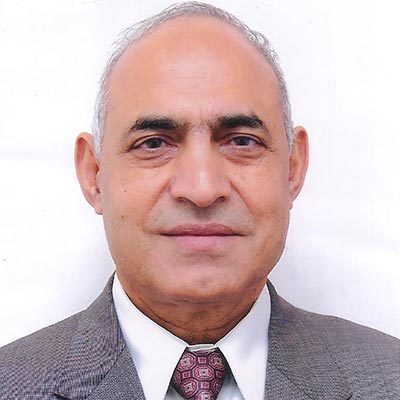 Dr Rana obtained (B. Tech) in Civil Engineering from IIT, Delhi in 1970, followed by Post Graduation in Town and Country Planning from School of Planning and Architecture, New Delhi, in 1972. He joined his first job in Town and Country Planning Organization, Govt. of India and had the privilege of working on the first studies of the Mass Rapid Transit Systems for Delhi, now popularly known as Delhi Metro.

In 1980 he was awarded Common Wealth Fellowship and he was awarded the degree of PhD in Transport Engineering and Management in 1983 by University of Newcastle Upon Tyne (U.K.)

He set up Planning, Research and Development Department in DTC and worked as General Manager from Dec 1986 to May 1990.  June 1990 he joined HUDCO as Exe Dir and he was appointed as Chairman and M D in 2003.

Dr Rana has been promoting new concepts of urbanization for sustainable and balanced regional development of the country through use of Rail and Rivers as the prime corridors of development. He was associated with Dr Abdul Kalam to promote the concept of Planned Urbanization with Rural Ambience [PURA].

He has received several awards including Distinguished Alumni Award (2006) from IIT, Delhi and Honorary Doctorate in Civil Law from University of Newcastle Upon Tyne (U.K.) in 2007.