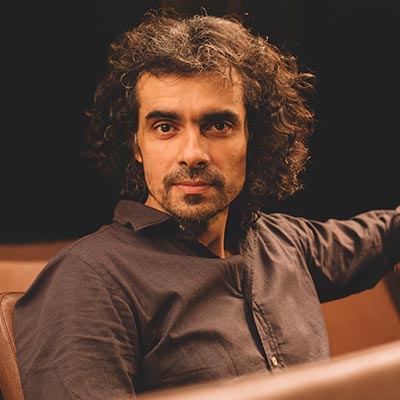 Imtiaz Ali is an Indian film director and writer. He was born and brought up in Jamshedpur.

He had his early education in St. Michael's High School, Patna and later in D.B.M.S. English school, Jamshedpur. He was a basketball player and was involved in theater from middle school. Later he attended Hindu College at the University of Delhi where he completed his bachelor’s degree in English Literature. He was a founder member of IBTIDA, The Dramatics Society of Hindu College (still in progress). Thereafter he moved to Mumbai.

In 2005, he made his directorial debut with the film Socha Na Tha. However, it was his second film Jab We Met (2007) that brought him success and fame. His 2009 film Love Aaj Kal gained much critical success, and was declared a super hit at the box office. His movie Rockstar (2011) was also a commercial success and created hysteria in the youth. He has won several of awards including Filmfare, Stardust, IIFA, ZEE Cine award. With his movie Highway, which released in February 2014 , he started his production company named Window Seat Films. Tamasha (2015), starring Ranbir Kapoor & Deepika Padukone, was much liked and connected with the youth. Jab Harry Met Sejal (2017) was with Shahrukh Khan and Anushka Sharma a travel driven love story.