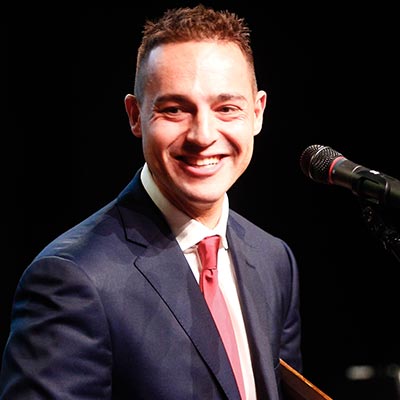 A Szczecin-based businessman and business community activist. For several years, he has been promoting cooperation between Poland and India. Late 2017, he established the Western Pomerania–India Chamber of Commerce whose members are interested in making and developing business relations between businesses based in Western Pomerania Province, Poland, and the State of Maharashtra, India. In just a couple of weeks, the membership of the chamber exceeded 150. The Chamber is one of major partners for the Embassy of the Republic of India in Poland. During his first official visit to India as the President of the Chamber, M. Łuszczewski signed prestigious cooperation agreements with the World Trade Centre Mumbai and the European Business and Technology Centre in New Delhi.

He enjoys twenty years of experience in hotel and restaurant management.

He started his carrier with Global Hotels Development Group SA and was involved in the opening of the second in Poland Holiday Inn Hotel. He was quickly promoted to managerial functions in InterContinental Hotels Group in the US. Since 2005, he was a managing director of the network comprising 37 hotels in Florida, the US, operated by TRS.

Since 2009, he was one of promoters introducing ‘Subway’ to the Polish market.

Since 2011, he has been managing Exotic Restaurants, his family-owned company. Today, it has grown to a network of luxurious restaurants employing top-notch chefs. He is now the owner of the network and Exotic Group Poland, a company providing consulting and property management. The employment of the group exceeds 150 people.

Łuszczewski has also become a co-producer for Akson Studio, the largest movie production house in Poland. He is involved in the production of three Polish-Indian movies.

Since 7th July 2018, he has been an India relations expert for the Adam Smith Centre.