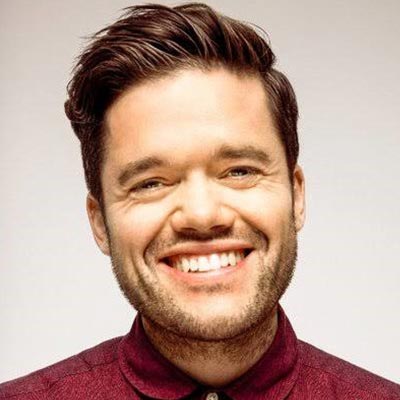 While still in his twenties, Rich was already a highly successful advertising industry executive in the U.K., serving as the head of business development for powerhouse creative agency BBH. His clients included many of the world’s most prominent brands, and he had been instrumental in creating and bringing to market a broad array of new products and business concepts.

The unrelenting stress and pressure of the ad business, however, caused Rich to abandon his lucrative, yet anxiety-producing career trajectory to study acupuncture. This new life journey led to a chance meeting with co-founder Andy Puddicombe, an ordained Buddhist monk who had recently returned from 10 years in meditative retreat, studying the ancient Buddhist traditions of Southeast Asia and Tibet.

Rich wanted to find a more peaceful, fulfilling path and Andy wanted to share his life-affirming learnings with the world, so they did a skills swap. Andy taught Rich meditation, while Rich educated Andy on the essentials of brand development and marketing. Before long, the unlikely duo created Headspace, with a shared vision for demystifying meditation and making it accessible to all.

Headspace launched in 2010 as an events company, and the now-popular meditation app followed two years later. In 2017, Fast Company identified Headspace as being among “The World’s Most Innovative Companies” and today, with over 60 million members in 190 countries, Andy, Rich and the dedicated team at Headspace are delivering on their mission to improve happiness and health around the world.

Rich lives in Santa Monica, California with his wife.