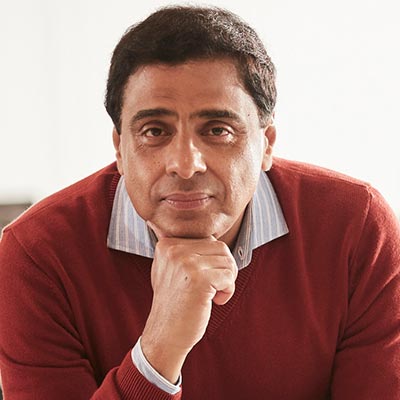 Ronnie Screwvala is a first-generation entrepreneur who failed his Bachelor of Commerce in college but that did not deter his intent to start up on his own at a time where there was no eco-system for PE Funding or bank debt to start ups. His first foray was Cable TV in India and for the first two years of that journey he found no takers and only advise to treat it as a failed start up and move on, but with him staying at it he was credited with having pioneered Cable TV for all of India.

He is Co-Founder & Chairman of upGrad which zeros in on the massive Online Education market and the fact that Learning for every working professional is now a lifelong commitment. He, along with his wife Zarina,  are the  Co-Founders of The Swades Foundation, which is committed to empower one million lives in rural India every 5-7 years through a 360 degree model spanning Water, Sanitation, Health, Education and Livelihood to lift them out of poverty permanently.   As a hobby and passion Ronnie loves to tell stories that must to told via movies with his new brand RSVP and he owns 3 sports teams under the brand U Mumba in Kabaddi, Volleyball and Football even though he has never played any of the sports himself.