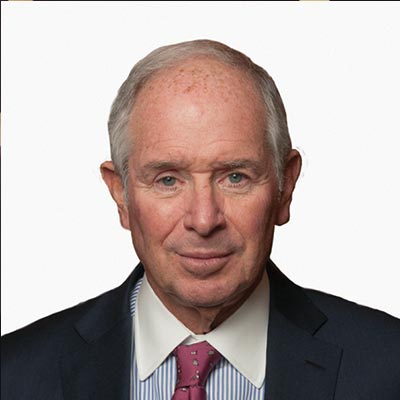 Stephen A. Schwarzman is Chairman, CEO and Co-Founder of Blackstone, one of the world’s leading investment firms with $571 billion Assets Under Management (as of December 31, 2019). Mr. Schwarzman has been involved in all phases of Blackstone’s development since its founding in 1985.

Mr. Schwarzman is an active philanthropist with a history of supporting education, as well as culture and the arts, among other things. In 2020, he signed The Giving Pledge, committing to give the majority of his wealth to philanthropic causes. In both business and philanthropy, Mr. Schwarzman has dedicated himself to tackling big problems with transformative solutions. Mr. Schwarzman is Co-Chair of the Board of Trustees of Schwarzman Scholars.

He is also the Former Chairman of the President’s Strategic and Policy Forum, which was charged with providing direct input to the President of the United States from business leaders through a non-partisan, non-bureaucratic exchange of ideas.