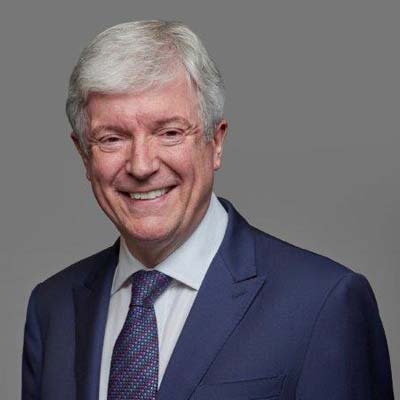 Tony Hall - Lord Hall of Birkenhead – is one of the key figures in the United Kingdom’s media and arts industry.

As the Director-General, Tony Hall is the editorial, operational and creative leader of the British Broadcasting Corporation.  He oversees all of the BBC’s services within the UK and around the world, both public service and commercial.

He joined the BBC as a news trainee in 1973, and after a 20-year career as a senior journalist and editor, he became Chief Executive of BBC News and Current Affairs. He was responsible for all of BBC News’ output across the UK and the world.

In 2001 he left the Corporation and, for more than a decade, was in charge of the Royal Opera House which incorporates the Royal Opera, one of the world’s leading opera companies, and the Royal Ballet, the UK’s largest ballet company.

In 2018 Tony Hall was elected the President of the European Broadcasting Union (EBU), for a two-year term. The EBU is the world’s leading alliance of public service media organisations, with 117 member organisations in 56 countries.

He was previously a non-executive director, and Deputy Chairman, of Channel 4. In 2009 he was asked by the Government and the Mayor of London to join the London Organising Committee for the Olympic Games and chair the Cultural Olympiad Board.

In 2006 Tony Hall was appointed Commander of the Order of the British Empire (CBE) for services to Opera and Ballet. In 2010 it was announced that Hall was to become a life peer, sitting in the House of Lords on the Crossbenches.

He is a Trustee of the Paul Hamlyn Foundation, one of the largest independent grant-making foundations in the UK.